A restraint of trade (also known as a restrictive covenant) is a clause that seeks to restrict a party from engaging in a particular form of business or commercial activity.

The underlying purpose is to protect a party’s business from competition.  Some common examples include:

As a general rule, a restraint of trade will be void as against public policy unless it is:

The common law position has also been affected by the Competition and Consumer Act 2010 (2010) (Act) which generally prohibits a corporation from entering into agreements that substantially lessen competition.

On the face of it, a restraint of trade might breach that prohibition.  However, section 51(2) of the Act sets out certain exceptions which includes sale of business and share transactions, employment agreements, and partnership agreements.

The majority of contracts for the sale of business will contain a restraint of trade clause which is aimed at protecting the goodwill sold by the vendor.

This clause will usually prohibit the vendor (and its directors) from carrying on the business sold within a certain area and for a certain time period.

The Sale of Business Contract endorsed by the Law Institute of Victoria (January 2010 Revision) contains such a provision.  This provides that the Vendor will not engage:

The general clause then provides further limitations in terms of time and distance.

The courts are generally willing to uphold restraints to protect the goodwill of a business provided that the restraint is ‘reasonable’ between the parties.

A restraint will be ‘reasonable’ where it is no greater in area and time, having regard to the nature of the business sold, than is necessary to protect the interests of the purchaser.

Severance of an Unreasonable Clause

If a restraint is found to be unreasonable and therefore unenforceable, it may be possible to ‘sever’ the unreasonable part so that the remaining covenant may be enforced.

Due to the strict nature of the rule concerning severance, it is usually advisable that ‘cascading’ restraints are included to limit the risk if a part is held to be invalid.

The primary remedies available for a breach of a ‘reasonable’ restraint is an injunction (to prevent the vender from carrying on a business) or monetary compensation.

In summary, several points may be distilled from the cases in this area:

Matthew is an experienced commercial lawyer who regularly advises parties in relation to rent roll transactions.  He is a member of the Law Institute of Victoria (LIV). 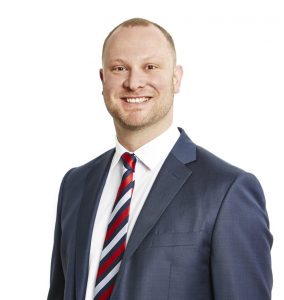 The information contained in this article is intended to provide general information only and is not legal advice or a substitute for it.  You should always consult your own legal advisors to discuss your particular circumstances.